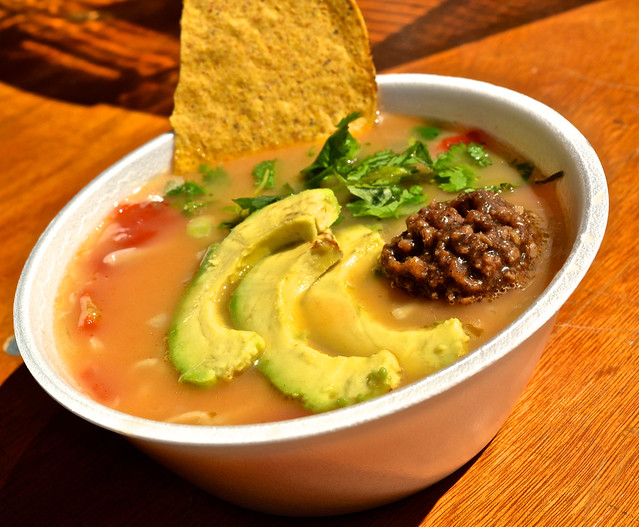 Coming soon to a Taco Bell near you: Tacomen.

Sometimes I don't know if it's a blessing or a kick in the crotch to be a sought-after food writer. At my profession's best, I get to rub elbows with chefs and am invited to preview grand restaurant openings like Roy Choi's POT and the new, lavish Downtown L.A. restaurant Faith & Flower — definitely one of the perks and I'm not complaining. 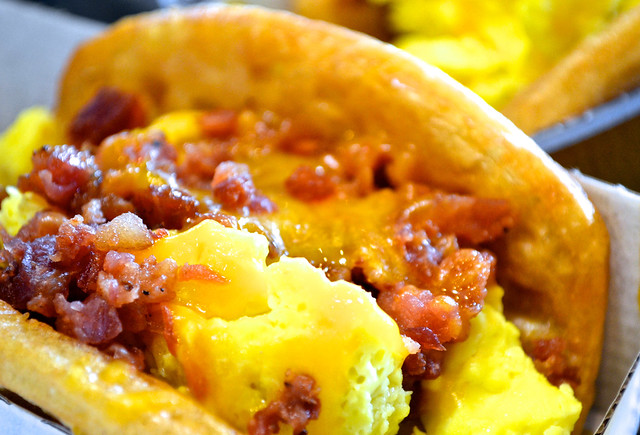 On the flip side, the underbelly of the food writing racket is a chance to call firsties on dubious, fast food experiments. Last week I was one of the schmoes who risked his colon and arteries for a taste of the much hyped Breakfast Waffle Taco by Taco Bell. I got the the sausage and bacon versions. They were passable for fast food chain breakfast fare, although I preferred the bacon Waffle Taco over the sausage which surprised me since I'm a big sausage patty lover. 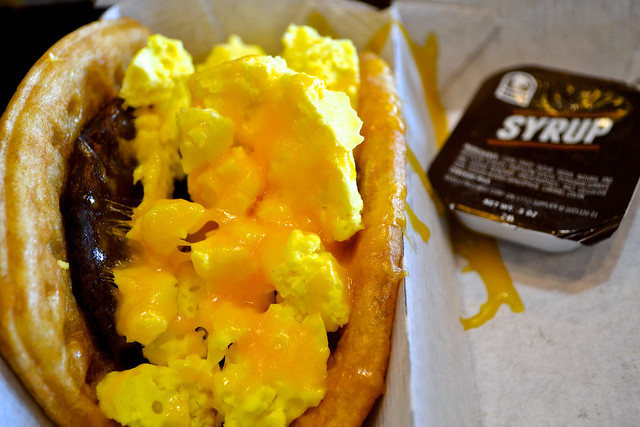 Ultimately, the Breakfast Waffle Tacos didn't inspire me to run for the border every morning for breakfast. Maybe if Yum Brands (Taco Bell's parent company) offered a Chapuline Waffle Taco, I'd be more down with their new breakfast program.

Taco Bell's latest attempt at mashing up two food things, like a toddler playing in her Fisher-Price kitchen, is the Tacomen. Sadly, yes, it's a taco combined with a bowl of ramen. Two of L.A.'s most popular food items forcibly cohabiting in the same dish, like an edible episode of "Trading Spouses." 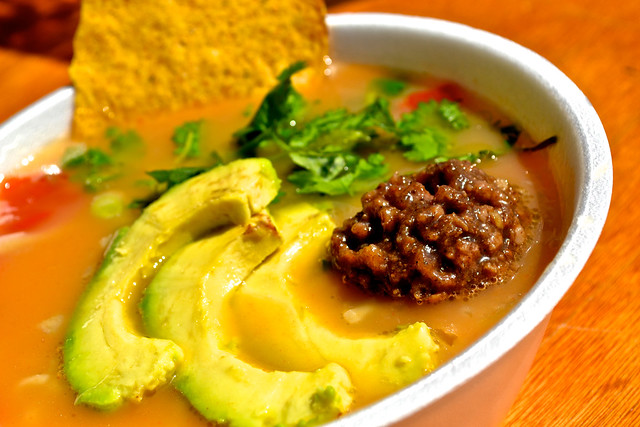 As an Asian foodie, I feel patronized. But as an honorary Mexican—my nickname is "Loco Chinito"—I am appalled. Taco Bell has for decades bastardized the cuisine of Mexico and effectively turned one country's national treasure into stoner food, e.g. the Waffle Taco.

Because this is what I do for a living, I subjected my poor palate and GI system to this abomination named Tacomen by participating in a secret tasting at one of Taco Bell's test restaurants. Like my motto says: I eat it so you don't have to. I wish I had changed that motto before being confronted with Taco Bell's Tacomen terror. (Can't Homeland Security charge Yum Brands with domestic food terrorism?)

To break it down for you guys, Taco Bell's Tacomen is a blend of pork broth and mild tomato salsa soup combined with chuka soba aka the famous curly noodles. Topping this hot ramen mess are slices of avocado, green onion, cilantro, and spicy, saucy, marinated ground pork. Then, to crown this ravaged ramen, Taco Bell had the nerve to spear the bowl with half of a crunchy taco shell, like a taco tweak to your nose. ¡Oy vey caramba!

The experience is what you would expect: severe confusion leading to an uncontrollable urge to tear one's tongue out of one's mouth. Fortunately, since I am a professional eater, I was able to overcome any urge to inflict harm on myself. You, however, may be too weak.

Please, as a favor for me and your fellow humans, tell Taco Bell vociferously to leave ramen alone! Tweet and Facebook Taco Bell with #TacomenEqualsTacoHell. We have the power to stop this insanity. It has gone too far! 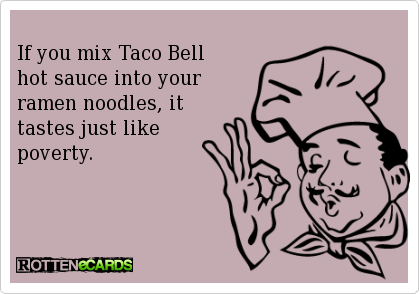