New Season of Knife Fight Commemorated With a Cricket Cookie 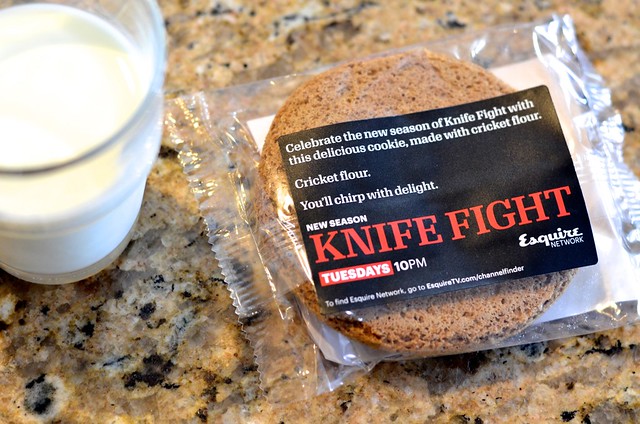 Knife Fight Season 3 on Esquire Channel is kicking off. Crickets likely have something to do with the first challenge of the new season based on the cricket flour cookie I received in the mail—which I suppose is a thing nowadays, preparing us for the Armageddon with bug treats.

I was honored to play one of the judges on the premiere episode of Knife Fight Season 1 when chefs Ricardo Zarate and Octavio Becerra went clog to clog. Zarate won. (Oops, sorry, spoiler alert.) He was my vote on the show too.

Below is a clip from that episode. Be sure to tune in to Knife Fight's new season on Esquire Channel Tuesdays at 10 pm.

If you care, the cricket cookie is made by a company called bitty and is an orange ginger flavor. Personally, I think a chocolate chirp cookie would've been irresistible. That's just me. Go to bittyfoods.com for more info.

CLIP FROM ZARATE VS. BECERRA ON KNIFE FIGHT