Waco Texas Biker Gang Fight Straight Out of Sons of Anarchy But Crazier. 9 Dead. 18 Injured. About 170 Arrested. All Went Down at Twin Peaks Restaurant. Waitresses Unharmed. 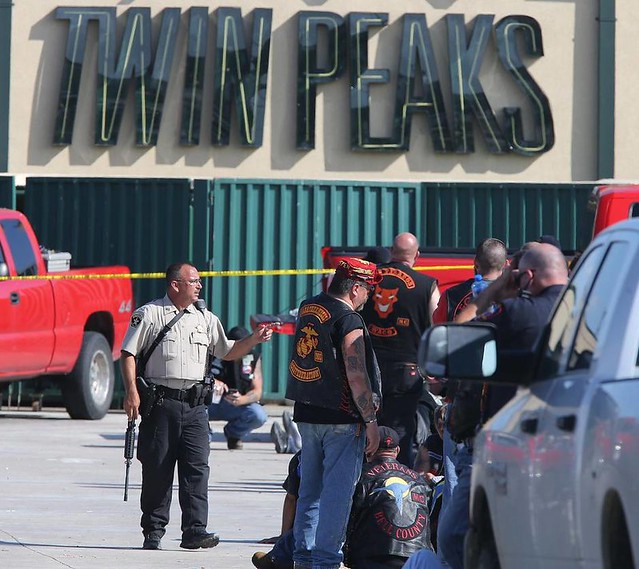 The action was straight out of a Sons of Anarchy finale as a bunch of scary biker gangs convened at the Waco, TX branch of Twin Peaks Restaurant, a breastaurant specializing in buffalo wings and cleavage all served in a cozy lodge mise en scène.

Apparently the rough riding ruffians were looking for trouble and found it. Weapons used were guns, knives, chains, brass knuckles—brass knuckles???—that's an old school rumble, boy. I'm surprised a Michael Jackson impersonator singing "Beat It" wasn't in the parking lot separating the brawling bikers. You wanna stay alive, better do what you can. So beat it, just beat it! Pirouettes a la West Side Story definitely would've resulted in less bloodshed.

Scared customers and employees of the Twin Peaks franchisee hid in the restaurant's cooler. Five different biker gangs were involved. Bond was set at $1 million for each of the accused. At least 100 weapons were recovered.

Now the FBI is involved with the investigation. Latest word is that Twin Peaks corporate has revoked the Waco location's franchise stating, “We are in the people business and the safety of the employees and guests in our restaurants is priority one."

The statement continues, “Unfortunately the management team of the franchised restaurant in Waco chose to ignore the warnings and advice from both the police and our company, and did not uphold the high security standards we have in place to ensure everyone is safe at our restaurants. We will not tolerate the actions of this relatively new franchisee and are revoking their franchise agreement immediately. Our sympathies continue to be with the families of those who died and are very thankful no employees, guests, police officers or bystanders were hurt or injured.”

After the dust settled, the local cops determined there were 9 dead and 18 injured. All gang members.

Thank goodness nobody important was killed. Waitresses are all safe. 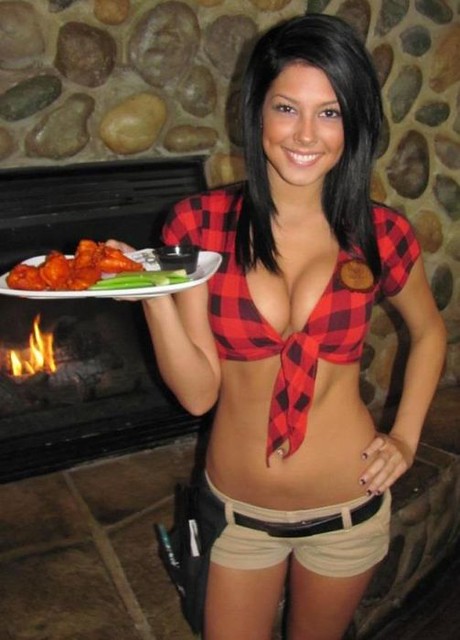