Pig Head Ramen is Ahead of the Tonkotsu Pack. This Pork Noggin Ramen is Tasty & Trending! 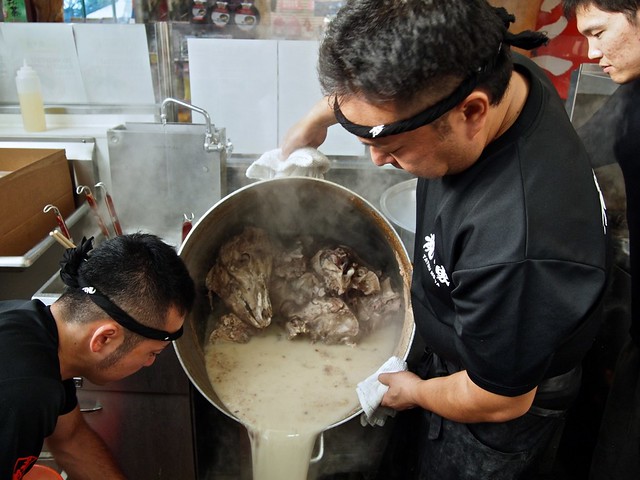 This past spring was a wild and woolly one for ramen. Hitting the uber-popular Ramen Yokocho Festival & Championship, I experienced my very first bowl of tonkotsu crafted from pig head broth. Popping my foodie cherry for this luscious bowl was more than worth it. The broth proved to be as silky and smooth as a Peabo Bryson love song. 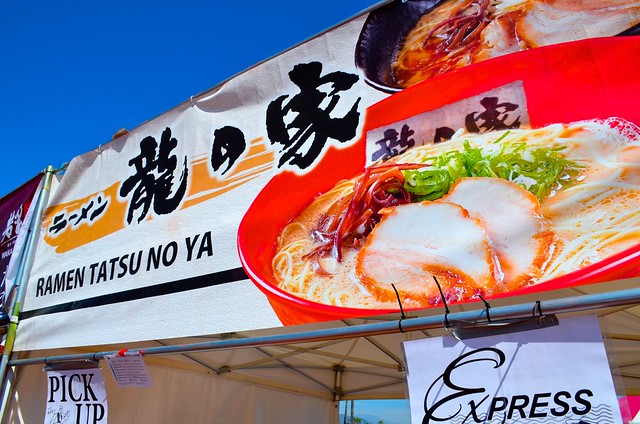 Tatsunoya is famous or infamous for its broth brimming with pig skulls.

Upon simmering for several hours, the milky broth extracted from a half-dozen or so pig heads is used as the tonkotsu base for Tatsunoya's famous bowl of steaming ramen. The chasu pork slices and noodles are but ornamentation here. The real star is the broth. 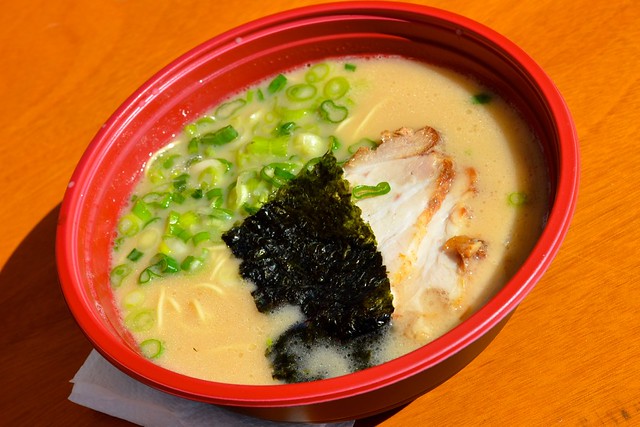 What makes this brand of tonkotsu so very velvety in texture is the fact that the pig's head is jam packed with tasty nasty bits from the brain to the snout. Collagen, skin, cartilage, bone, and other miscellany join forces to create creaminess so creamy you'll want to cream yourself. Sorry for the language, but that's how aroused I get when I down this stuff. And when you apply this broth to ramen, it's a heavenly heady experience, to say the least. 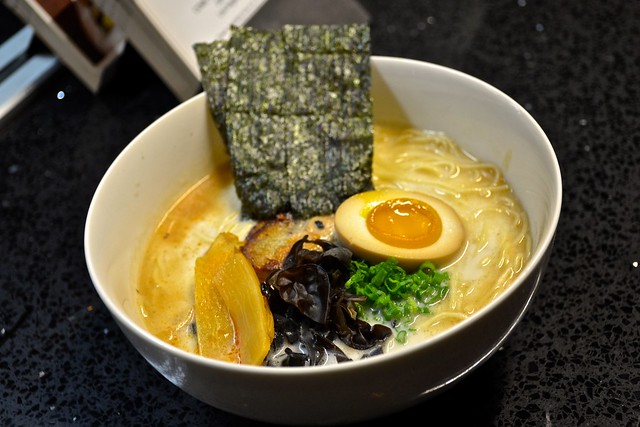 Hey, remember The Original Ramen Burger guys? You know, the crew led by Keizo Shimamoto who invented the burger sandwiched between wheels of grilled ramen and subsequently took the foodie world by storm. Well, they recently got into the regular ramen game—as in ramen in a bowl.

OG Ramen Burger's version of tonkotsu is also anchored with a creamy and dreamy broth made from pig head. They're likely the only ramen joint in Los Angeles cooking this type of ramen since Tatsunoya is from Japan with very rare visits to Torrance. So as for now, it appears that if you want a taste of pork noggin ramen, you'll have to visit KTown and belly up to the The Original Ramen Burger stand. It's only available on weekends until sold out. They also have a chicken ramen which is pretty bomb too.

Head over soon for your bowl of pig head broth ramen. (LOL at my own jokes.)