The Quirky Eats at the Quirky Edwin Mills: A Gastropub With History (and Dim Sum). Pasadena, CA. 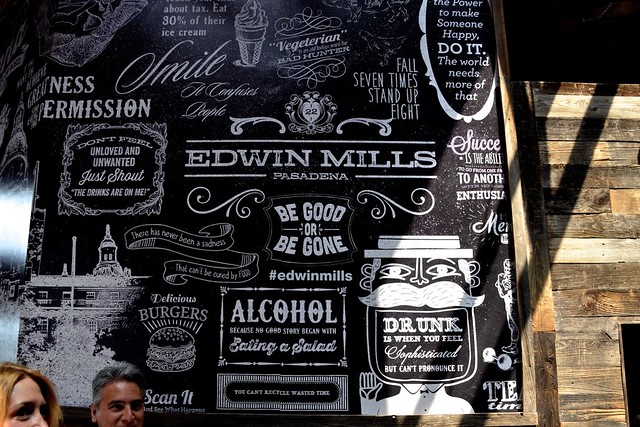 If you take a turn down the alley named Mills Place near the Yogurtland on Colorado Boulevard in Old Town Pasadena, you get a sense of the history that the pathway reveals. From the old brick structures to period street lamps, the past is thick in the air. Just about at the midpoint of Mills Place is where a small restaurant-bar-cafe called Edwin Mills by Equator resides.

Edwin Mills by Equator is a curious name for the restaurant because it's not named after anyone actually. Rather, the name Edwin Mills is a marriage of the two small intersecting walkways named Edwin Alley and Mills Place. And as for the Equator part, that's what the former Asian fusion café concept was known as. Teddy Bedjakian is the owner and has been for the last twenty-two years or so. Teddy B. is what he prefers to be called. 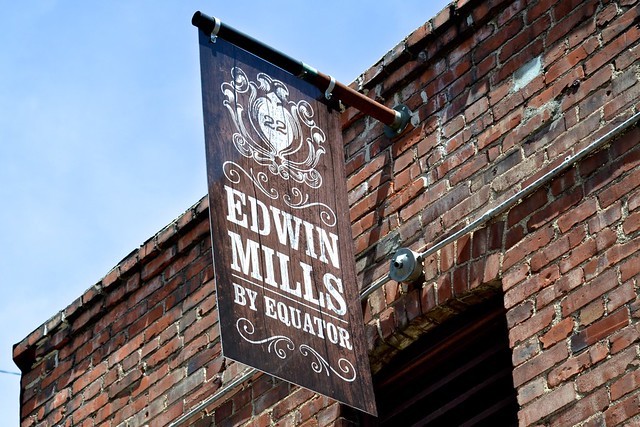 Teddy himself is quite a character. He and his restaurant have been featured on a reality show called Say It to My Face on the FYI network, a show essentially putting social media critics on websites like Yelp mano a mano with critiqued restaurant owners. Apparently, he is not someone to be trifled with, but as a community restaurateur, he's all charm and gives back with generous restaurant specials everyday as well as hosting fundraisers such as Drag Queen Bingo for AIDS Service Center.

Teddy loves Old Pasadena, otherwise he wouldn't have endured twenty-two years of struggles in an ever-changing dining scene full of competitors, fickle fads, and trends—two different poke spots sitting a half-block apart from Edwin Mills are prime evidence. So he reinvented the restaurant, nixed a lot of the Asiany grub—however, kept the most popular ones like the pad thai renamed Oodles of Noodles—and got rid of much of the Asian design elements in the space but you can still spot a Buddha or two. 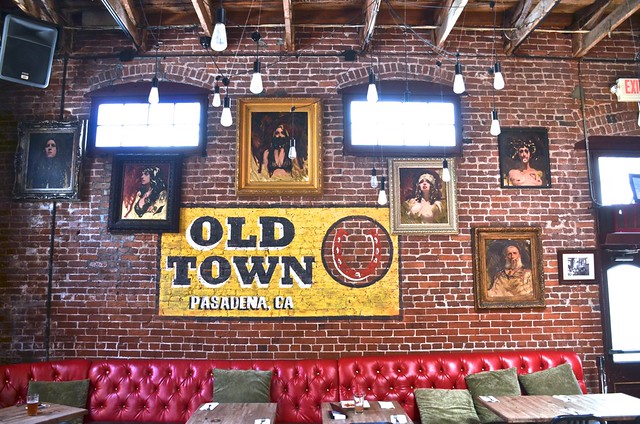 The red-bricked space with high exposed ceilings has a colorful past too. Before the area was Pasadena, it was populated by Chinese immigrants. Pasadena was Chinatown before Chinatown. The Edwin Mills location, I'm told by Teddy, was stables for the fire department horses, a mechanic shop, and even a Chinese brothel. There are underground passageways from the Chinese era connecting to various buildings.

The menu at Edwin Mills is just about as quirky as the physical place itself. It's a motley selection of Asian-influenced and gastropub type items. There's even dim sum on the weekends, which is pretty awesome if you pair it with the bottomless mimosas. 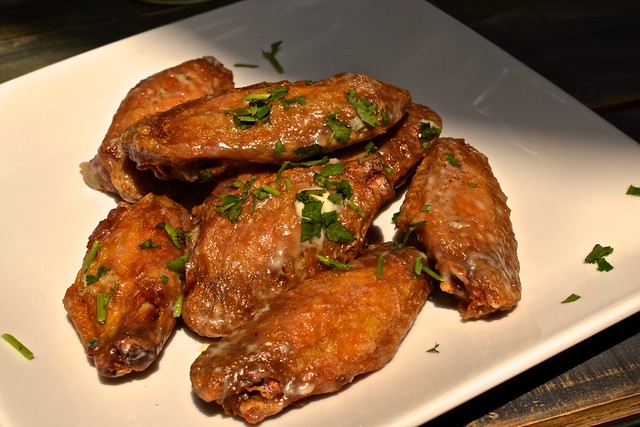 The Bleu Wings are pungent's answer to spicy's hot wings. These wings are a refreshing albeit stinky change to Buffalo wings. Not at all saucy, Bleu Wings are fried and crispy with a really flavorful sheen of blue cheese sauce applied to them. You experience a nice crackly texture when you sink your teeth into them, then you get a distinct blast of blue cheese flavor. They are my blue heaven. 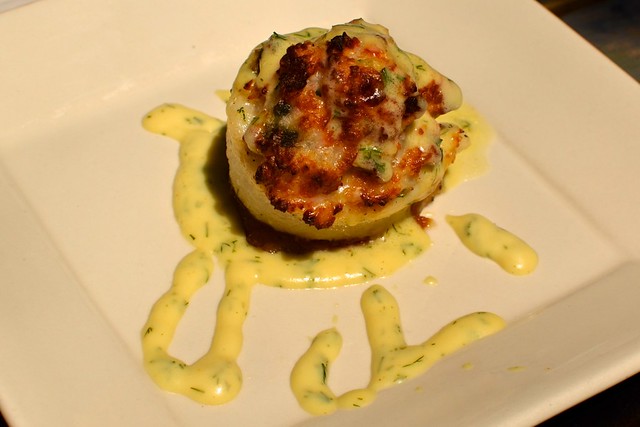 What do you get when swai fish and crab get really cozy? You get something like the Crabby Puff at Edwin Mills. A lump of fleshy crab meat is baked over flaky swai and topped with a creamy sauce—it's texturally pleasing. Don't be fooled, it's a hefty appetizer that can fill a belly. 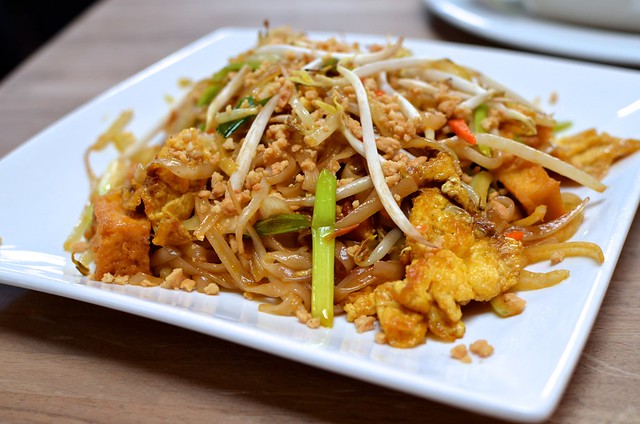 Pad thai in a gastropub wouldn't be my pick ever, but since it was grandfathered in from the Equator Asian fusion concept and a very popular plate, I went for it. Remarkably, the pad thai called Oodles of Noodles was a great version, full of fresh green onion, bean sprouts, and crushed peanuts. It wasn't over-the-top sweet either. Not sure of the name though. 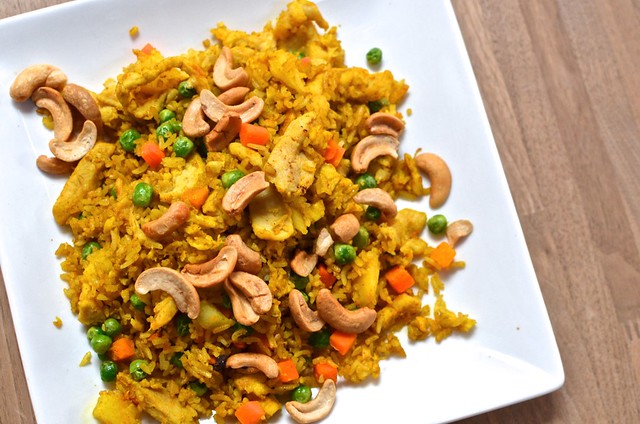 Another Asian-influenced plate that satisfied was the plate of Island Rice. This dish involves curry, pineapple, fried rice, chicken, peas, carrots, and cashew nuts. It's a bunch of ingredients that work really well together, blending exotic spices and sweetness all into one wok-fried plate. 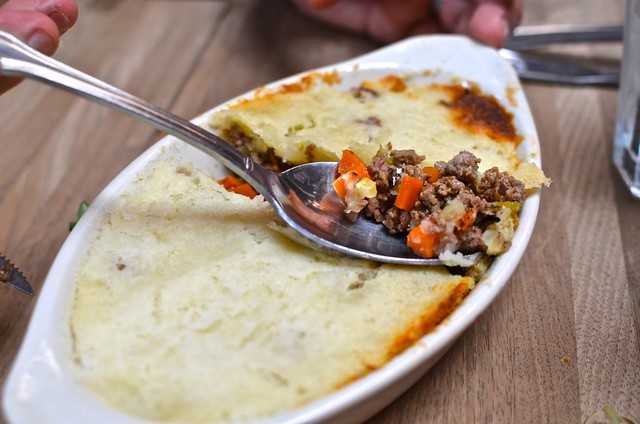 A menu option I couldn't pass up was the Shepherd's Pie. This was a dish that seemed to fit the surroundings of the newly renovated gastropub. Ground lamb and beef are combined, seasoned, and then topped with buttered mashed potatoes. This one could've been much more moist but the flavors were there.

With fashionable Old Town Pasadena seemingly being overtaken by corporate entities while leaving quaint, smaller businesses out in the cold, it's a good feeling to sit in Edwin Mills where the restaurant's eclectic history pairs equally with its offerings.