On the Road Eats: Coney Vs. Coney. Detroit's Best Coney Island Hot Dogs Battle it Out in My Mouth! Lafayette Vs. American. The Clash of the Coneys! 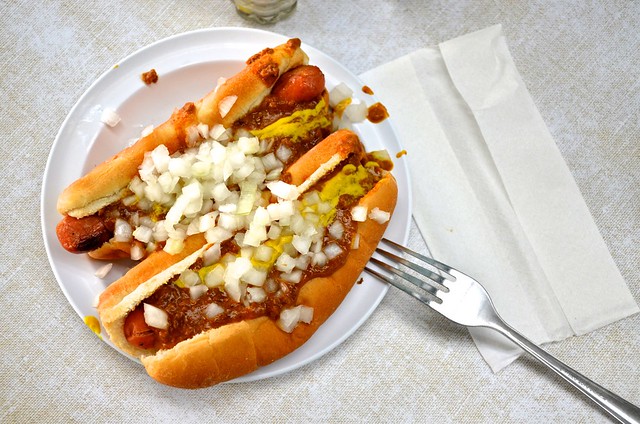 A couple of Lafayette Coneys.

Previously on my MasterChef casting tour, I found myself in the Juicy Lucy capitol of Minneapolis. Although I didn't have the time to pit the two greatest Juicy Lucy rivals against each other while there, I did get a chance to sample a pretty inventive one at Crooked Pint.

The latest MasterChef casting tour city in which I find myself is Detroit. If you're a car fan, then it's the Motor City. If you love classic pop music, it's Motown. If you love guys with make-up singing about rock and rollin' all night and partying everyday, you know Detroit as Rock City. I, however, like to refer to Detroit as the place for Coney Island hot dogs.

A Coney Island hot dog, or Coney, is simply a beef dog nestled in a soft hot dog bun, smothered in a thin, beanless chili sauce, dressed with mustard, and topped with raw chopped onion.

There appears to be little agreement on the genesis of the Coney Island dog, so naturally all kinds of people have laid claim to creating it. As typically is the case, this famous and quirky hot dog has a quirky backstory. Part of its charm is the name itself because the Coney Island hot dog wasn't born anywhere near New York, it comes from Michigan. According to hot dog lore, a guy named George Todoroff concocted the chili-meat sauce for a hot dog vendor at Coney Island, NY. Ultimately, he opened up his own Coney joint called Jackson Coney Island restaurant, named after his hometown Jackson, MI. But, like I prefaced, this could all be bullshit.

The bottom line is, at least in downtown Detroit, there are two Coney Island hot dog heavyweights: American Coney Island and Lafayette Coney Island. American was founded in 1917 by a Greek immigrant named Constantine "Gust" Keros. Lafayette, the other place, is situated right next door and was opened by Keros' brother. Since they both opened, the rivalry has never ceased. Naturally, I had to try both. 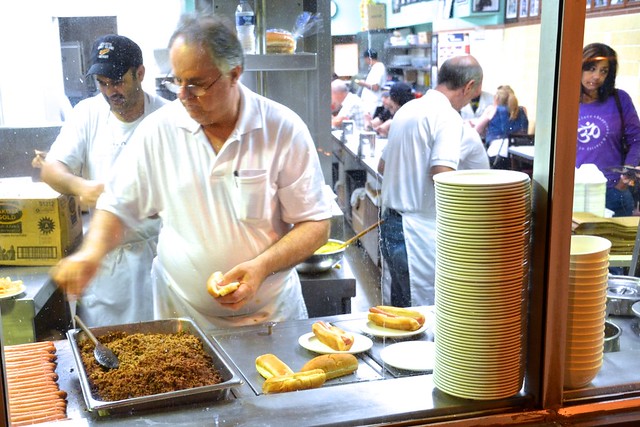 My first stop was Lafayette. The interesting comparison here is that although Lafayette unveiled after American, it looks older with that lived-in patina all over the counter. Perhaps, American has gotten a makeover or two throughout the decades, but Lafayette definitely has that no-nonsense, old school diner aesthetic. 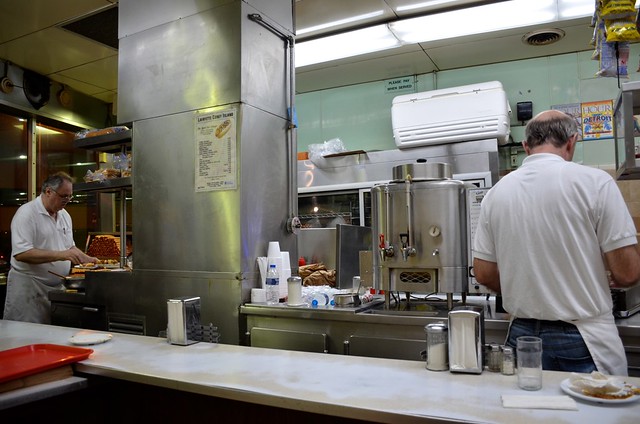 Because Lafayette is a straight up, OG sort of spot, you need to be efficient when ordering like with many vintage eateries or restaurant Nazi type places. The simplest way to order a regular Coney as it is intended is just to say, "Coney with everything." If you want to make adjustments, you can but know how to do it. When I was there, I heard a dude ask for ketchup only. I think the jukebox stopped playing suddenly, and the weird thing, there wasn't even a jukebox. Man, the guy got looks. 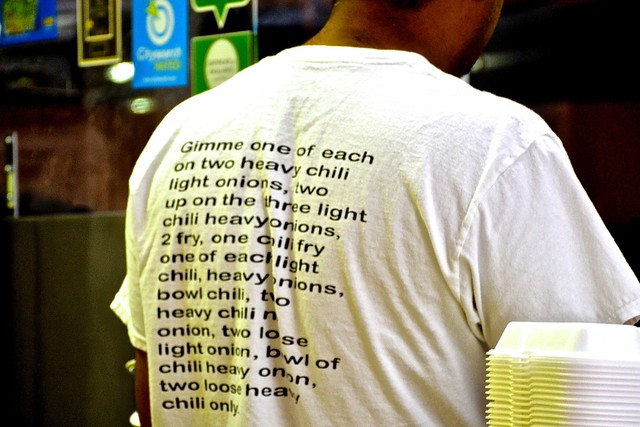 It is mandatory to have a wall of fame when you own an old school hot dog joint like Lafayette. They got it covered. It's a good time munching on a Coney and scanning the framed pix for a familiar, famous face. 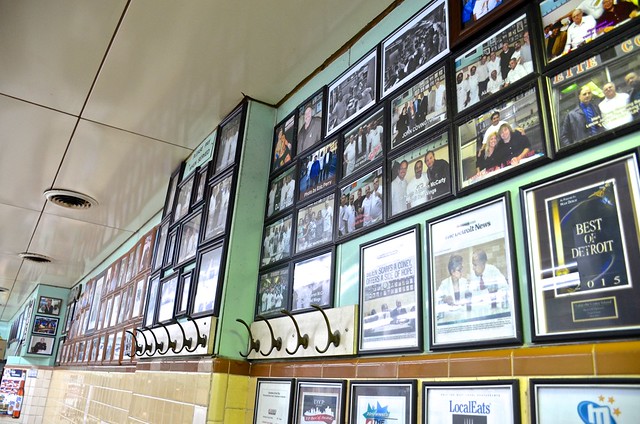 The main attraction, of course, is the Coney itself. It's a thing of beauty and a supremely simple pleasure. There's nothing remotely fancy about one, but when you sink your teeth past the bright, crunchy onions, zingy mustard, runny meat sauce, and, at last, into the snappy hot dog—it's love. Man on hot dog love. Like I said, a thing of beauty. 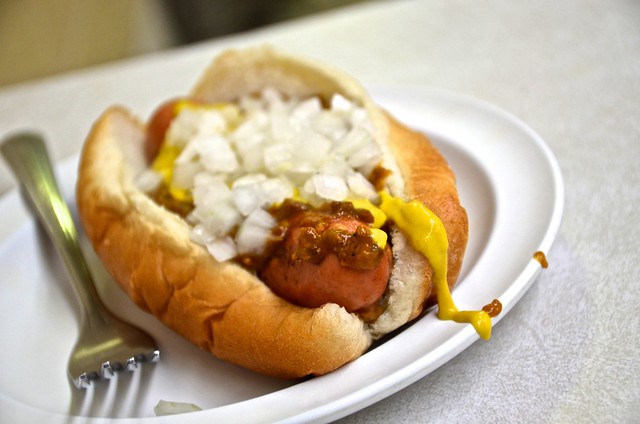 These guys do Coneys all day long. Even between lunch and dinner rushes, the place is usually busy. Stacks of tube steaks are always at the ready—sexy, sexy tube steaks. 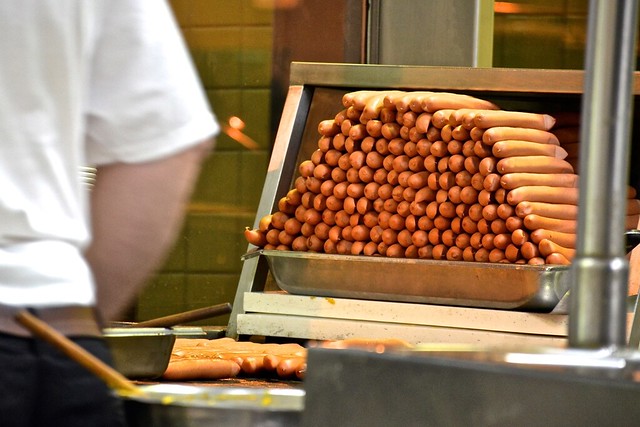 Lafayette and American are famously located next door to each other. This makes it simple and fun to do a taste test, so after devouring my Lafayette Coney, I waltzed into American for their version. 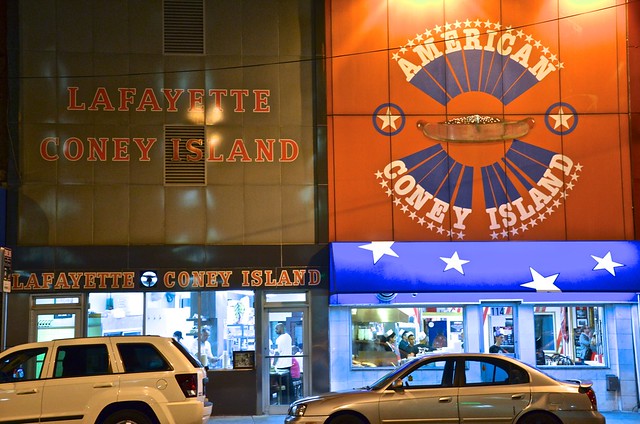 Clash of the Coneys.

Whereas Lafayette's staff appeared to comprise of salt-of-the-Earth, older gents, the crew at American were all young wiener slingers eager to please. There were plenty of smiles at American as opposed to the grunts you may be greeted with (if you're lucky) next door. 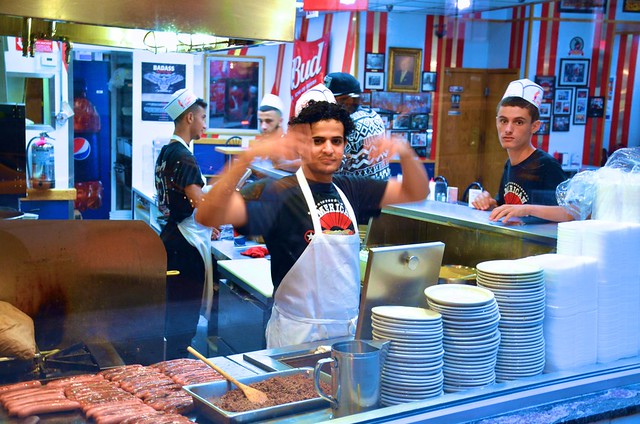 The interior of American Coney Island was reminiscent of a '50s sitcom soundstage or a Johnny Rockets. They too had walls of fame with photos of Kid Rock and Jimmy Fallon glamming up the space. 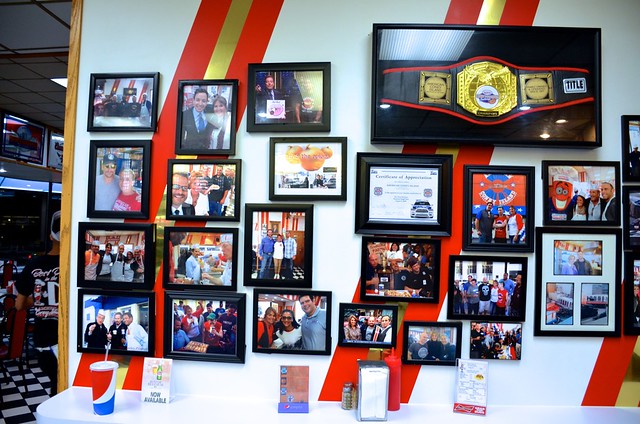 There was definitely more personality at American but it felt way Hollywood. I preferred the "leave me the eff alone as I binge on 10 Coneys" vibe at Lafayette. American's staff was super nice though, which was nice. 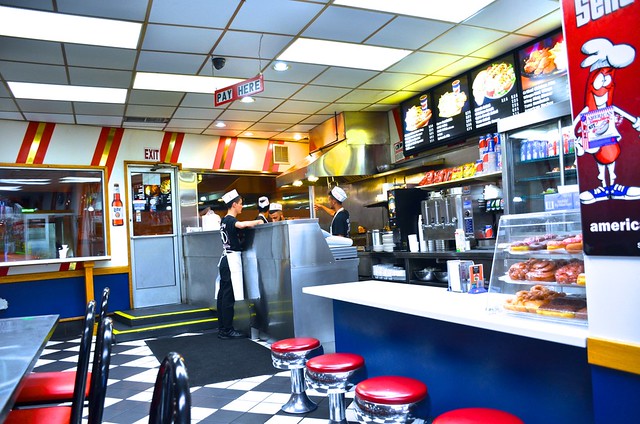 But when it came down to the critical taste test, would American outshine its relative and neighbor Lafayette? The supporting players of bun, meat sauce, mustard, and onion were pretty much identical. However, the primary component, the hot dog, would be the final and most important factor. Unfortunately, for American, its beef dog casing just wasn't as perky. Moreover, the dog's seasoning seemed a bit lackluster when up against Lafayette's, simply not as flavorful. 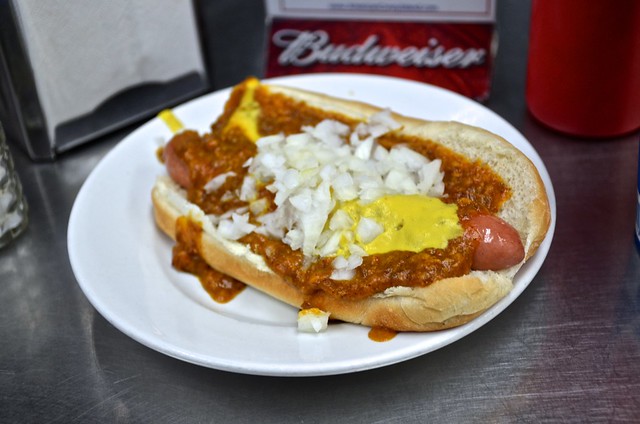 American's Coney: good but not great.

In the end, it was the relative late-comer Lafayette that won the Clash of the Coneys in my mouth. It was so good, I strolled back for seconds. No Uber ride necessary. 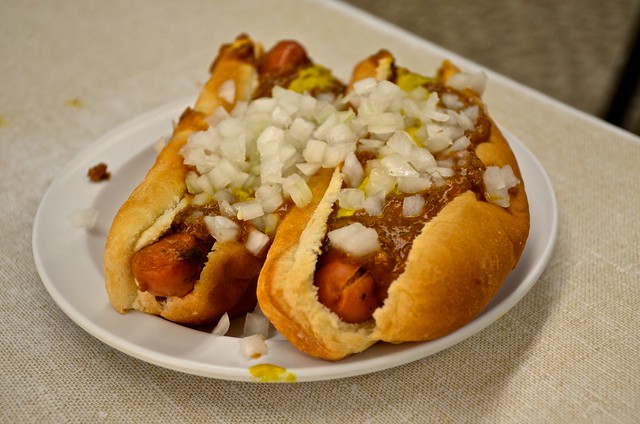 The wiener winner is Lafayette!