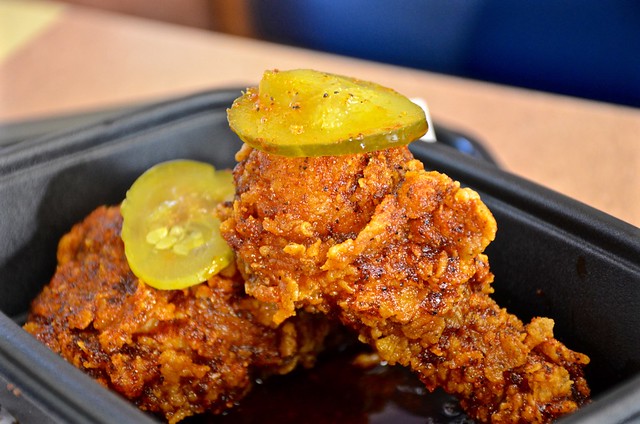 A couple of years ago, I visited Nashville for the first time while casting cheftestants for the now cancelled cooking competition show The Taste. I was completely smitten by the city, especially the local offerings like its famous music scene, naked karaoke, and fried everything! I got my tastes of a recession special fried bologna sandwich to classic fried green tomatoes; but the local eats that hooked me permanently was Nashville hot chicken. 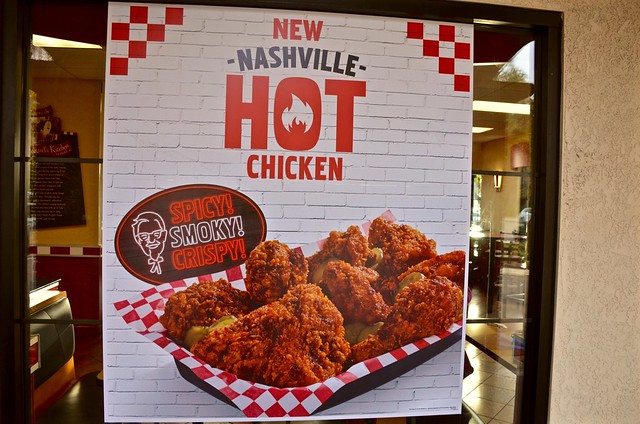 According to unverifiable food lore, Nashville hot chicken was created as payback for a philandering restaurateur. James Thornton Prince was served fried chicken laced with hot peppers by a jealous girlfriend bent on revenge for his womanizing ways. But, as these stories typically go, Prince loved the flaming hot chicken so much he started selling it. Today, Prince's Hot Chicken Shack is the mecca for Nashville Hot Chicken.

Funny thing is, until recently, Nashiville Hot Chicken was never a big deal outside of Nashville. It's been around for a long time, yet hasn't caught on like, say, Buffalo wings.

However, last year, chef Johnny Zone introduced Nashville hot chicken in a big way to the Los Angeles area with his Howlin' Ray's Hot Chicken pop-up. I wrote about this spicy introduction for Los Angeles magazine. Zone and his wife Amanda Chapman will be opening a Howlin' Ray's storefront in February at Chinatown's Far East Plaza. 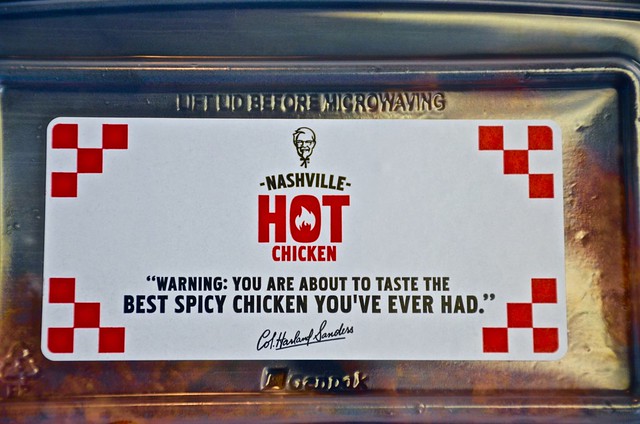 You've been warned by the Colonel!

Usually fast food chains are slow to act with food trends, burdened by bureaucracy with conservative decision making processes. However, it didn't take KFC very long to rollout its rendition of the Nashville hot chicken. (Although, granted, for KFC to debut a spicy fried chicken isn't a massive innovation for the chain.)

Served with a side of cole slaw and biscuit, diners can opt for KFC's Nashville Hot Chicken in white or dark meat or in boneless tenders form. I went straight for the dark stuff.

Unlike traditional Nashville hot chicken spots, there was no choosing the degree of spiciness at the Colonel's. Howlin' Ray's, for example, offers "Southern", with no heat, all the way to "Howlin'", which wallops with insane ghost pepper levels of capsaicin.

The combo meal comes in a plastic container with a label warning the diner that the "best spicy chicken" is about to be experienced. (Random: that would be a funny t-shirt.) 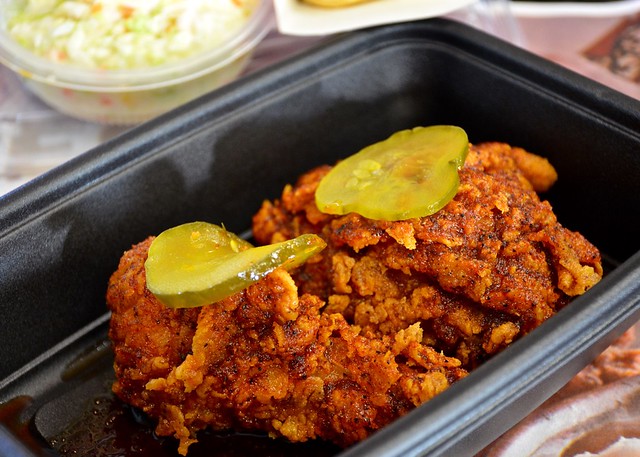 The Nashville Hot Chicken crust was formed from KFC's crispy variety and not the softer, soggy, Original Recipe style, which is critical for buttressing the sauce. The crust's deep red hue, bordering on burgundy, read like a spicy warning symbol; a pickle chip rested on each piece of chicken with dark pepper sauce puddling at the bottom of the box.

There was no untoasted, memory foam-like white bread for the chicken to rest on as is traditionally presented. Instead, the Colonel's famous buttermilk biscuit played proxy. A side of sweet, milky coleslaw stood by as relief for any unbearable heat.

With some pre-bias rattling around my head, I took a bite of the leg. The texture of the crust was pleasingly light and crunchy as should be and held together the entire time. The heat within the crust as well as the sauce were perfect to my palate—just hot enough without obliterating any more tastebuds than required.

I eagerly devoured the leg and moved onto the thigh—quite good, very good. In fact, surprisingly good. It wasn't simply one dimensional heat. There was a pronounced smokiness to the spiciness. I noticed this before I read the sign which proudly pointed out the smoky flavor. I liked the sauce so much I ran my finger through the piquant puddle at the bottom of the box and licked it. I licked it all up.

Unknown said…
Great article, Eddie! I have to try it. Although, you had me at Fried Bologna Sandwich. ; )
Something tells me that Nashville Hot Chicken is going to be popular with all the teenagers in my house.
Thursday, January 21, 2016 at 3:05:00 PM PST

Eddie Lin said…
Thanks for reading my post. I think you're my first comment in a while. Deep End Dining used to be spoiled with comments, and I took them for granted. Now I don't! So thanks! And good luck with all that Nashville hot chicken at the house!
Thursday, January 21, 2016 at 5:54:00 PM PST