That's a Wrap! I'm Back from Casting for MasterChef Season 8 with Lots of Food Stories from the Road. 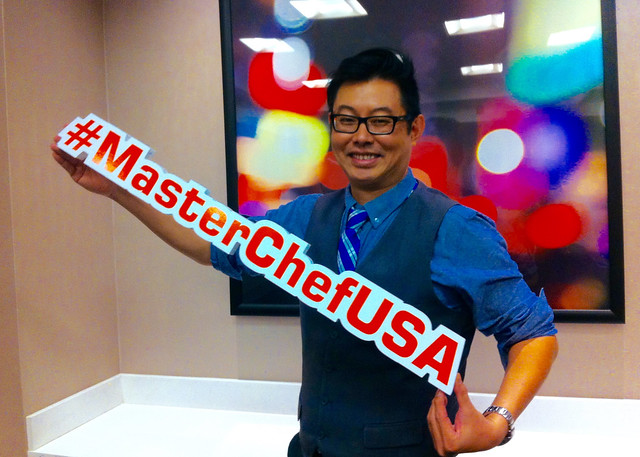 Hey, everyone! It's good to be back home in L.A. I've been on a grand tour of this great country of ours seeking out the best home cooks in the U.S.A. for MasterChef Season 8. This season I visited New York, Chicago, Dallas, Portland and Washington D.C. The other team hit up Orlando, Los Angeles, New Orleans, Boston, San Diego and Oklahoma City. (Sometimes I feel like a politician trying to get nominated for President.)

For those of you who don't know, I act as one of the tasting judges for our open call auditions around the country for the MasterChef U.S.A. series starring Gordon Ramsay.

Normally, when I visit a city, I like to make a list of all the restaurants I want to try while there. However, because of the nature of my trip, that is, tasting hundreds of dishes for 8 to 10 hours (with a lunch break), my zeal for meals is severely diminished.

But, that's not to say I don't get any local flavors down my gullet. Really, I get a sampling of cuisine that most people NEVER get to experience. I get to taste food made lovingly (um, mostly) from the everyday people of that city or region. These dishes, however, are experienced through the rapid-fire setting of an open call audition. So, I'm not leisurely savoring and ruminating over any food. Basically, it's eat, chew, taste, swallow, NEXT! (Sometimes spit.)

If you know me, though, you'd know that I couldn't leave a town without having at least one decent meal that hopefully represents the place in some way.

For example in New York, I tried the much lauded vegan burger at Superiority Burger. In Portland, I fell under the spell of a Voodoo Doughnut. And, in Dallas, chef Julio Peraza dazzled at his restaurant Madrina with French-inspired Mexican fare (huitlacoche tortilla chips!).

Just wanted to whet your appetite for a few of the posts from my travels that I have planned for you. Check back soon for some tasty tales from the MasterChef casting tour. Thanks!