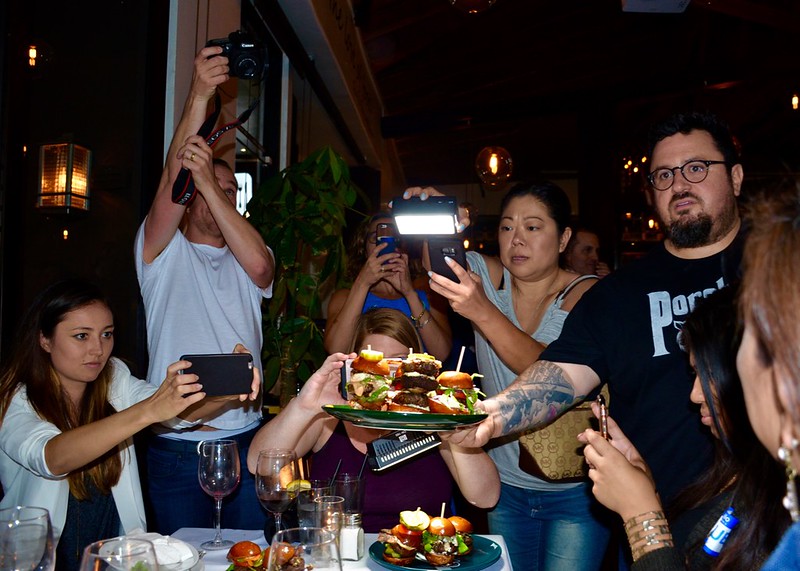 Now the Olympics are over, let the real games begin. Because stuff just got real. NFL meets Los Angeles Food & Wine Festival for the Bring Your Burger Game challenge at one of L.A.'s best neighborhood restaurant-bars Upper West helmed by chef Nick Shipp. (Nick was on one of the final Kamikaze Kitchen episodes produced. He was studly and crazy enough to cook 3 guinea pigs.) But not to worry, no guinea pigs were involved at this event. Little Zhu Zhu is just fine.

Chef Nick Shipp along with bad ass meat and pasta chef Bruce Kalman of Union and Knead restaurants acted as burger building coaches for two groups of local food bloggers and influencers, divided into blue and gold teams. The objective was simple: make an awesomely delicious slider and impress the judges. I was one of the three judges which also included Jax Tranchida (Tastemade) and James Velarde (L.A. Food & Wine Festival). 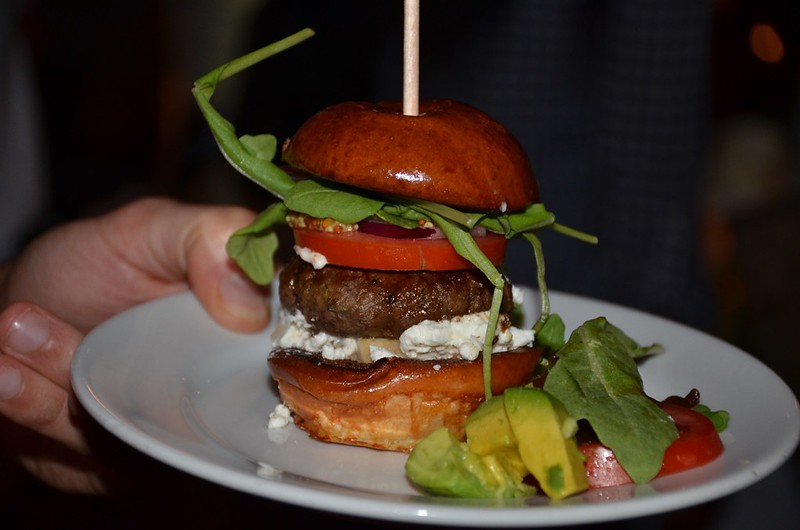 One of the team's sliders.

The competition was fierce, and I'm not kidding. I was really impressed with how serious and competitive the teams were. They went at it like two pro NFL teams battling for victory on any given Sunday. Team members even threw intimidating gazes or blew kisses our way (whichever technique worked better at influencing us; they are influencers, after all!).

The ingredients ranged from stinky cheeses to healthful green veggies of all kinds, beef patties and even vegan ones. The burger building station buzzed with a flurry of activity, pickles and bits of bacon flipping in the air like a swarm of bees. Coaches Shipp and Kalman called out plays, er, I mean, ingredients while channeling their inner Pete Carroll screaming into a Motorola headset. It was intense, and it was beautiful. 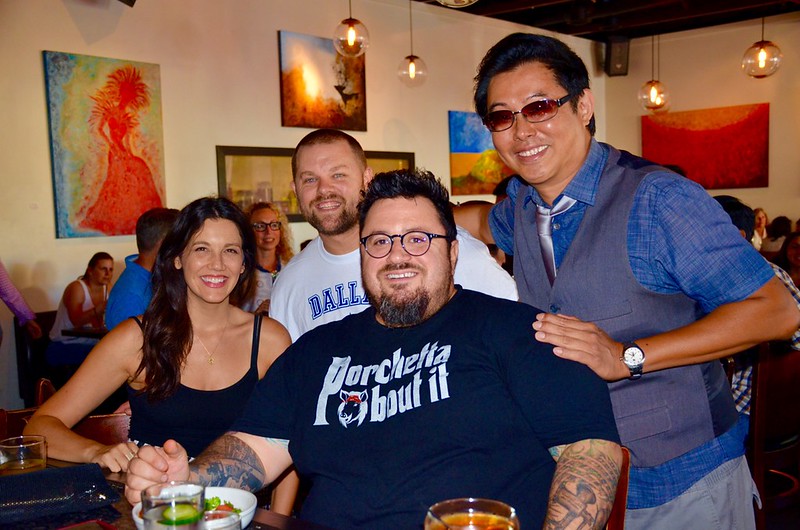 We'll be the judges and coaches of this! (From L to R: Jax Tranchida, Nick Shipp, Bruce Kalman, and Eddie Lin)

Ultimately, we judges had to call a winning team. The contest was extremely close. No joke. However, in the end, the blue team was victorious because they kept it simple and tasty whereas the gold team muddled their burgers with a bit too many toppings. Less was more in this case. 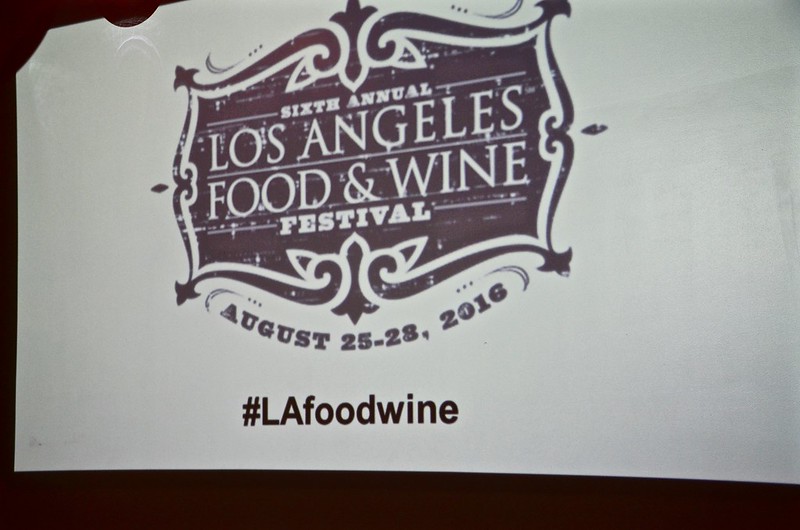 However more is always more at a food festival, especially the Los Angeles Food & Wine Festival. That's the place to be starting tomorrow August 25 till Sunday August 28. L.A. Food & Wine Fest never disappoints. Lots of food to eat from up and coming restaurants as well as the hot spots. Also, taste wines from all over. Meet celebrity chefs and L.A.'s hometown top chefs. Go to LAFW.com for more info.