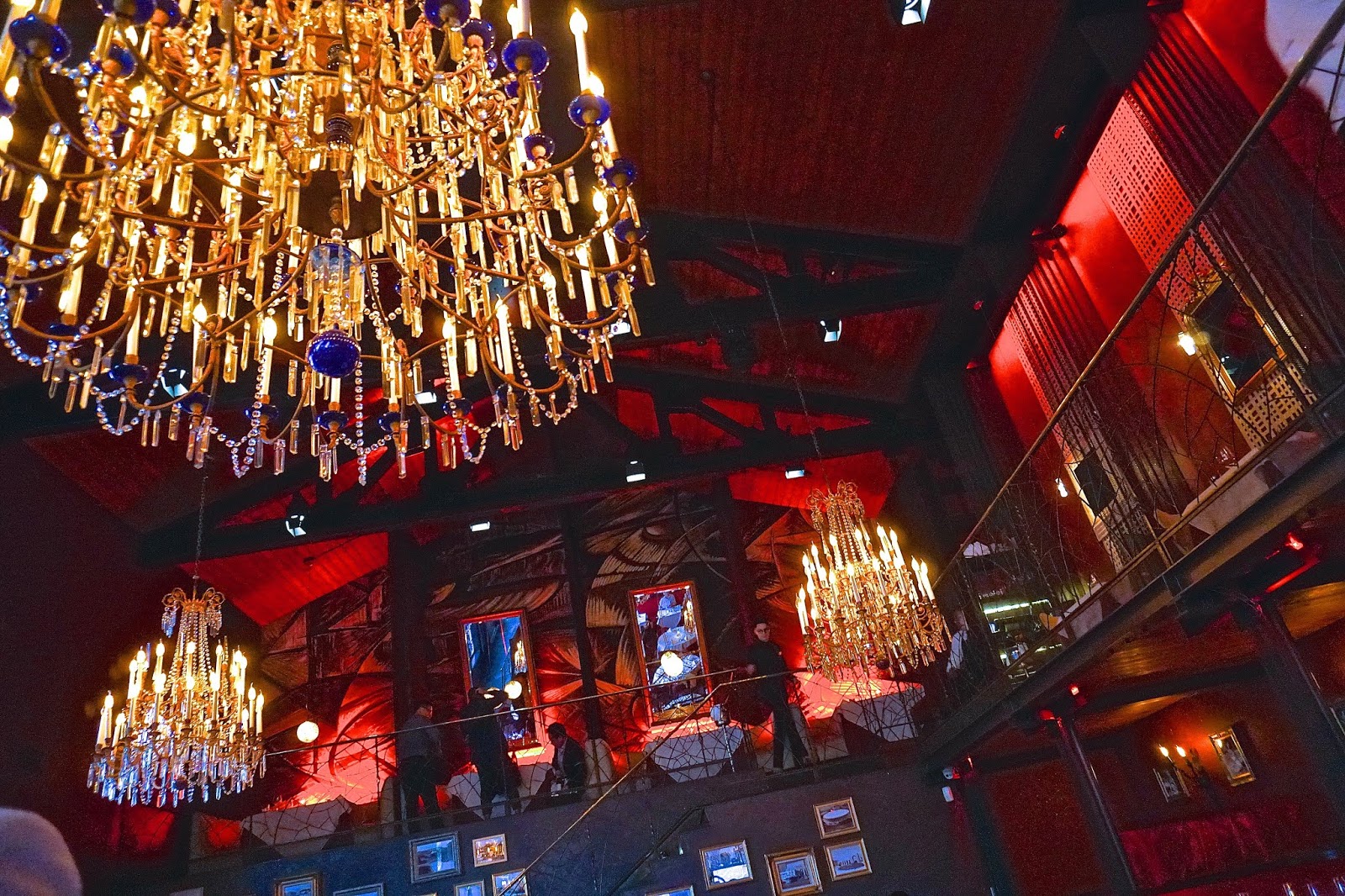 It's only fitting that the grand re-opening of L.A.'s beloved La Bohème restaurant coincided with Los Angeles Opera's own production of the timeless opera set in the cafés of 19th-century Paris. La Bohème also, not surprisingly, is the owner's favorite opera. Kozo Hasegawa is president and CEO of Global Dining Inc. and has owned and operated La Bohème restaurant in West Hollywood since it opened in the early '90s. In fact, Hasegawa named two of his restaurants after the tragic opera of bohemian love, the first one located in Japan.

The early '90s is also when I discovered La Bohème because this was the time I was actively dating in L.A. La Bohème came along just as I was forming my romantic and gastronomic ideals. At the time, like many of my contemporaries, I believed French cuisine was the epitome of class, glamour, and amour.

My notion of romance was embodied in the setting that La Bohème offered: Valentine's Day red hues covered the walls, candlelit tables draped with white tablecloth, a breathtaking grand dining room and the semi-private seating on the upper-level balcony, al fresco dining on a patio twinkling with a constellation of fairy lights, and, La Bohème's signature piece, a spectacular, crystal chandelier suspended at the center of the room. La Bohème was the most romantic place in town. Even if I didn't get the girl to fall in love with me, at least I lived a lavish fantasy for one night.

Against all odds, La Bohème has done what many restaurants in L.A. or anywhere else in the country have a difficult time doing—stay in business. This romantic dining destination has been around for decades now. It's had its share of ups and downs, experimentations with the menu, attempts at adapting to shifting customer taste, and other challenges that regularly confront the industry.

With its reintroduction to L.A. (what the principals dubbed La Bohème 2.0), La Bohème has come full circle and is embracing what originally defined it—a showstopping romantic atmosphere and its Frenchness. Now offering formal yet friendly fine dining service and classic French fare, this West Hollywood mainstay enters a new era with time-honored tradition. 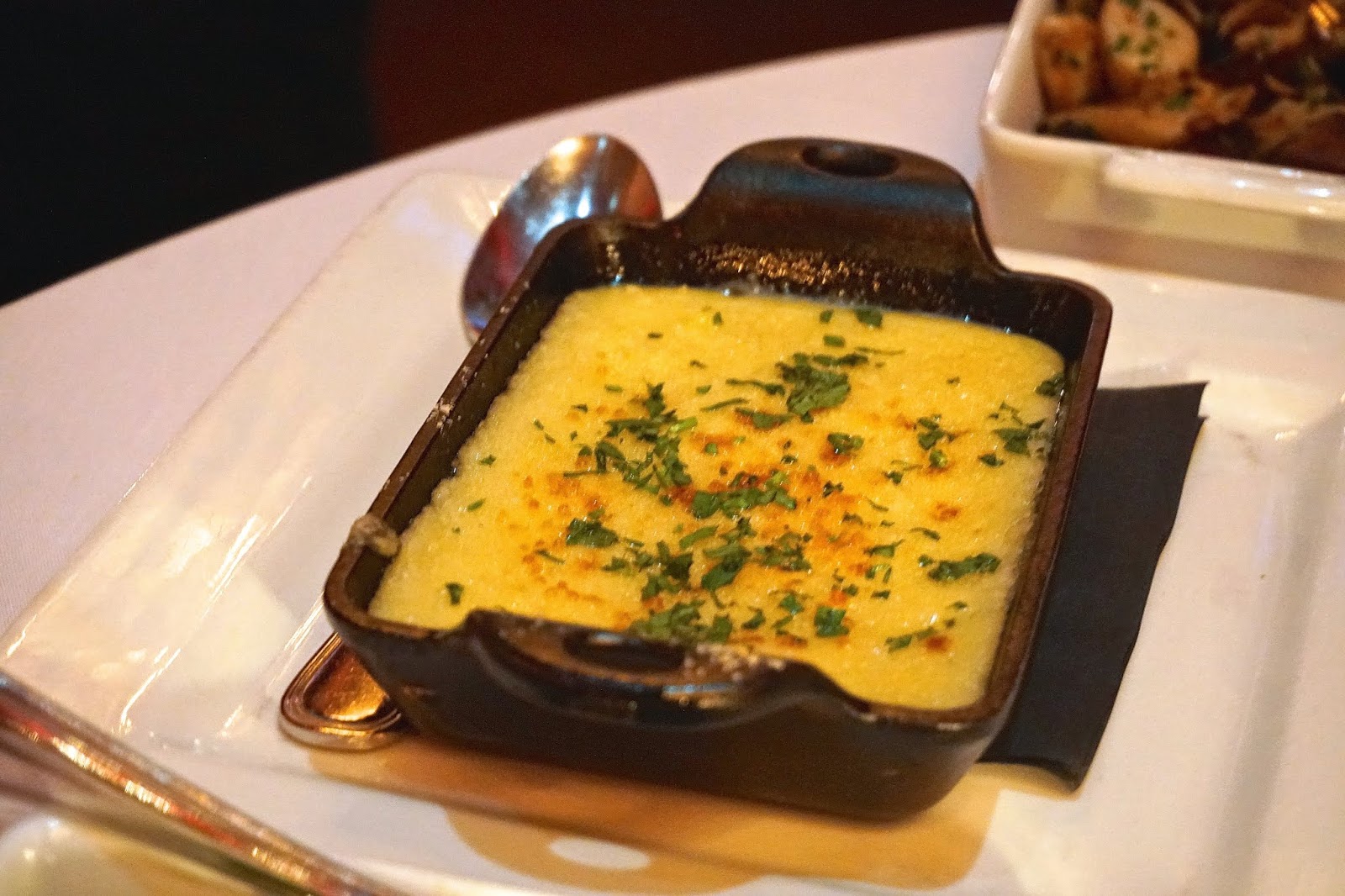 My vegan/vegetarian girlfriend finds it challenging to dine at traditional French restaurants for the clear reason that this cuisine is typically meat-centric as well as liberal with the use of animal by-product ingredients such as butter. This dietary dilemma can be averted easily at La Bohème by simply notifying the waitstaff of food restrictions. On our night out, Tommy Cardenas, the COO of Global Dining, took care of matters by having chef Atsushi Kenjo create a special salad for her. Along with that, she shared with the table an array of vegetarian sides that are truly French classics and always welcome to start a meal.

However, we were still at a very French restaurant, therefore along with our creamy mashed potatoes came a humongous dose of beautiful butter. The pomme purée was irresistible but obviously not vegan. But if dairy is good with your vegetarian lifestyle, then this silky potato party is as good as it gets. 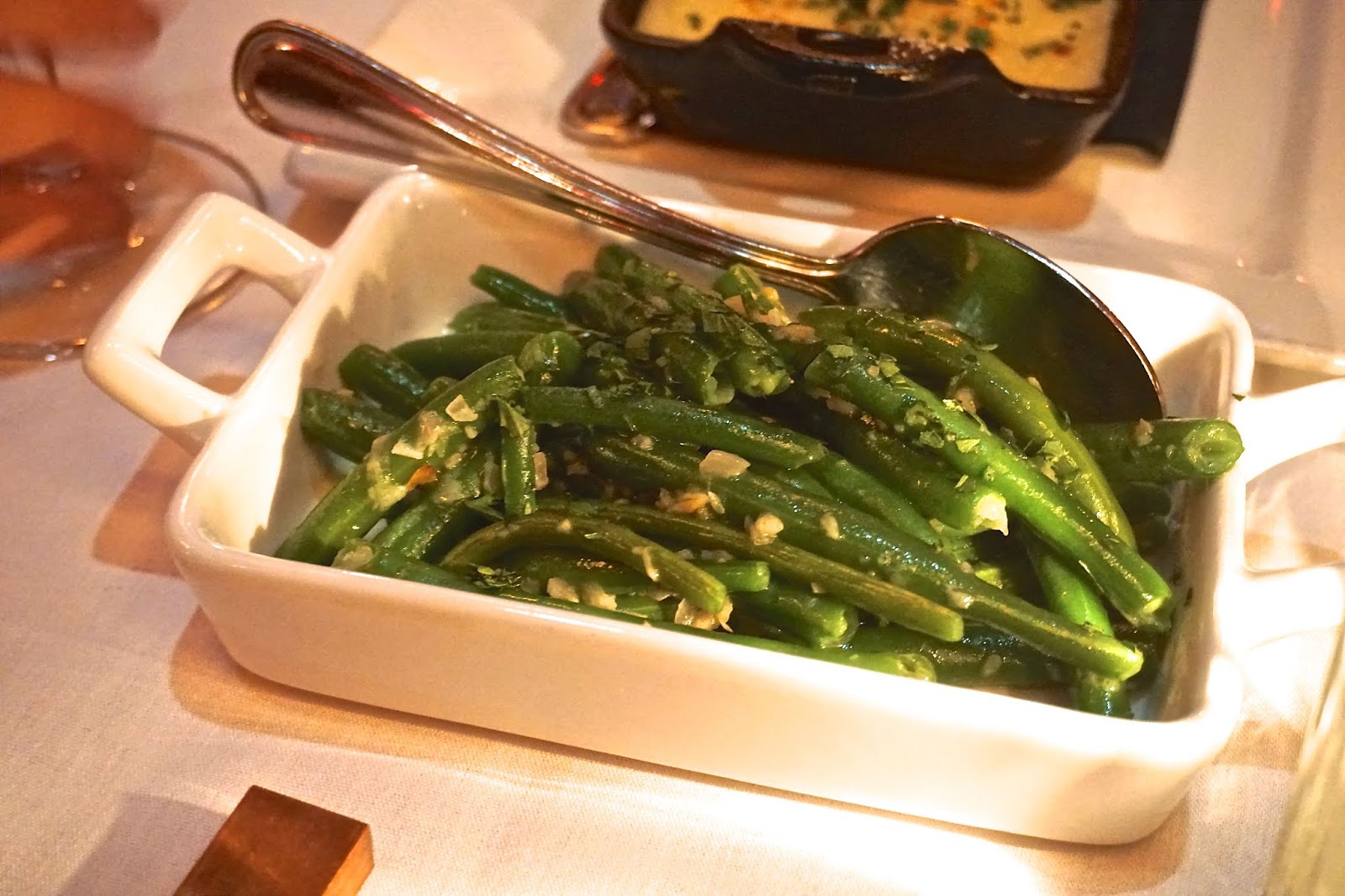 Haricots verts are the green beans as skinny as the famously slim ladies of Paris. The serving at La Bohème was well seasoned with minced garlic and herbs although the beans were not as slender as the typical haricots verts I've had in the past. I'm not size-shaming, just saying. 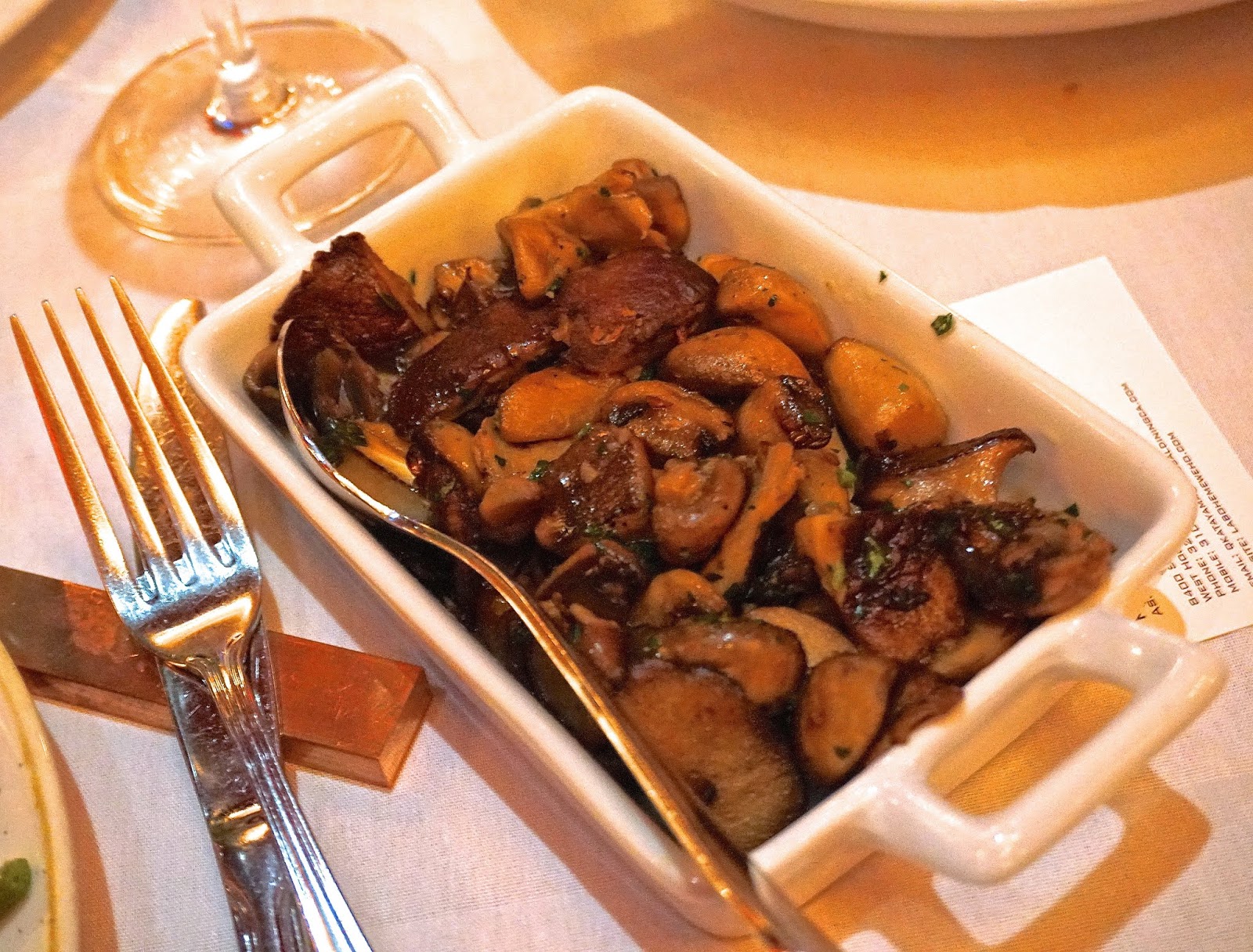 Resistance is futile with flavorful fungi especially when prepared the classical French way. The sautéed mushrooms' earthiness coupled with the richness from the other ingredients is the reason why this dish is loved by so many. This is as meaty as you're going to get with veggies (although technically not a vegetable). 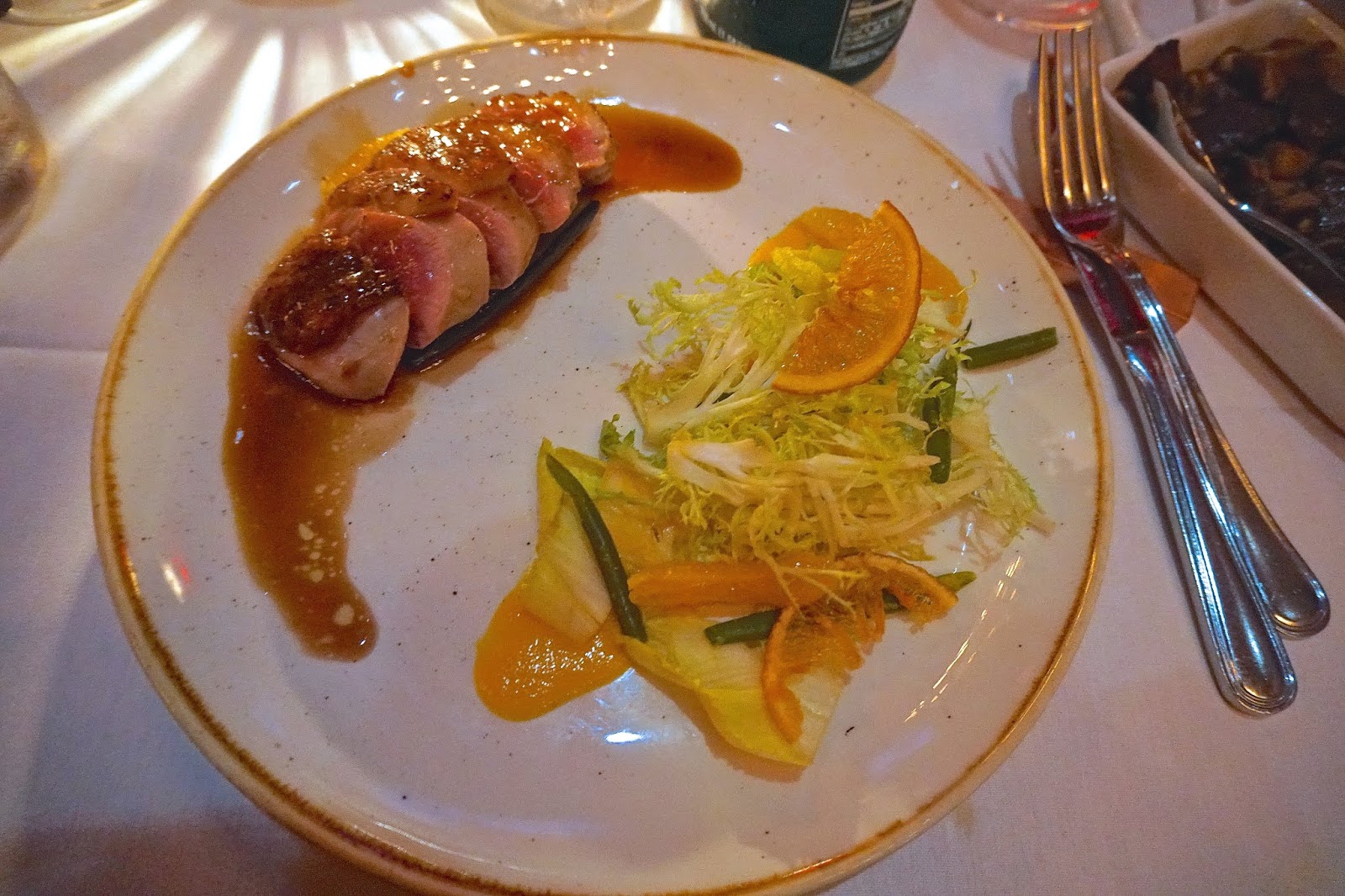 Orange you glad you got the duck à l'orange?

Duck à l'orange is one of those plates that have fallen out of vogue in the past decades, but it's back at La Bohème. Crispy skin with medium rare flesh is what you want when you bite into your duck, and it's exactly what I got with mine. The sauce is citrusy tart and balances out the unctuousness of the water fowl. Succulent and bursting with flavor, this classic quack is back, so to speak.

I've many fond and, yes, romantic memories of La Bohème. There was certainly a big time frame when the famous restaurant was not on my radar but whenever I drove by I always experienced a warm feeling of nostalgia. Other reasons for not visiting may have been the those lost years when the restaurant was in limbo. And now that La Bohème has its mojo back, it's absolutely time to rekindle your romance with this quintessential L.A. restaurant. C’est simple comme bonjour!