There Won't Be Blood...at Crossroads Sunday Brunch, Except for the Bloody Mary. A Vegan Brunch Even a Meat Eater Can Love! 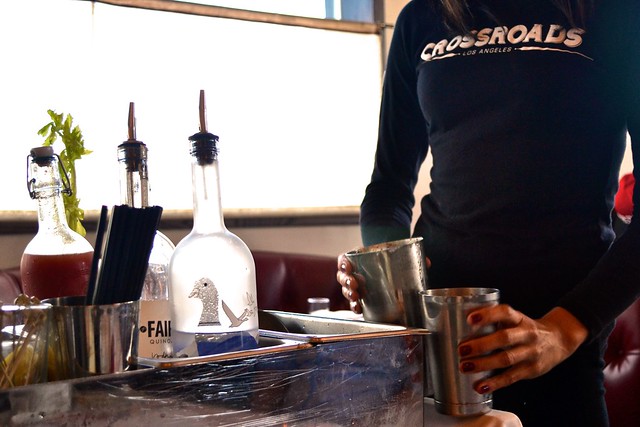 Chef Tal Ronnen (head honcho at Crossroads Kitchen on Melrose and of Oprah Winfrey's 21-day
vegan cleanse fame) doesn't like the word vegan. To Ronnen, it rings of partition, separation, and non-inclusion. He prefers plant-based. "It's less intimidating," he explains. His executive chef Scot Jones concurs.

Ironically, however, a word he does love is carnivore. "I want carnivores coming into the restaurant and trying my food," Ronnen challenges. In fact, Crossroads is known as the carnivore's vegan restaurant. It's the kind of place, depending on what's ordered, where you won't even realize the dish is entirely plant-based.

Lately I've been flirting with vegan delights more frequently (I was won over by Matthew Kenny's M.A.K.E. and Sun Cafe Organic Cuisine), so the idea of a Crossroads Sunday brunch was more than titillating. 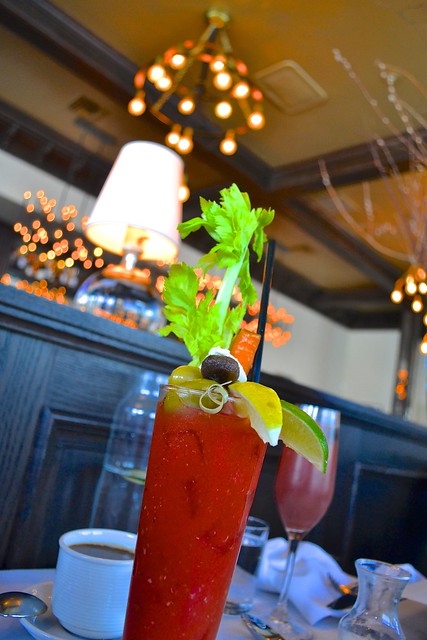 Bloody Mary at Crossroads. No blood was shed for this classic cocktail.

I can't think of a better way to start a Sunday brunch than with a Bloody Mary cocktail. But, it looks like Jeremy Lake, the guy in charge of the bar program, dreamed up a better Bloody Mary—the kind that rolls to you and is prepared table side.

The Crossroads Bloody Mary ($14) is made up of a housemade Bloody Mary mix, 360 Vodka, horseradish, and Tabasco. Garnishes of tart and briny caper berries, pickled carrots, a celery stalk, and cornichon stuffed olives cascade from the rim. I also opted for the truffle dill cheese upgrade ($1). Of course, this being Crossroads, there is a gluten free vodka option called Fair Quinoa. The Bloody Mary tilts spicy, exactly how I like it. 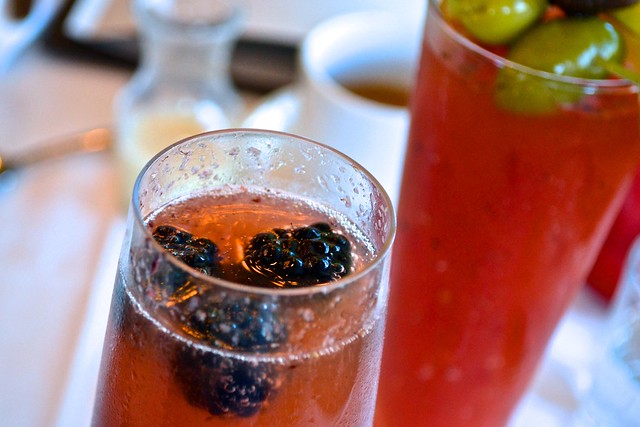 Freshly squeezed orange juice, sparkling wine, muddled blackberries along with fresh blackberries come together for this understated, boozy, breezy, brunch bevvy. This Blackberry Mimosa ($11) is definitely not too sweet, also exactly how I like it. 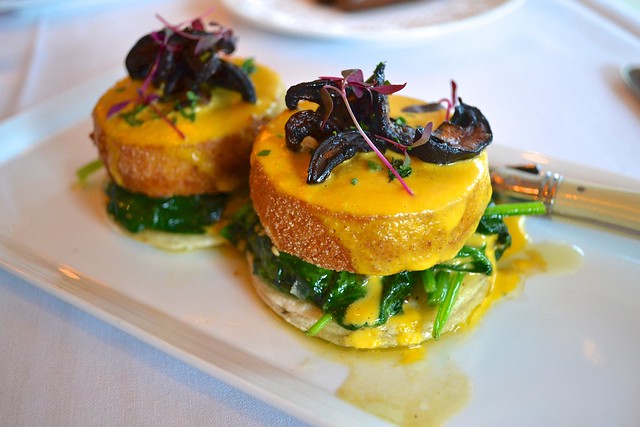 If you're into eggs Benedict, then this plant-based one, sans eggs, may surprise you. At Crossroads Benedict's ($14) foundation is an herb chickpea panisse or fritter. On the fritter is sautéed kale, and sandwiching the whole is a fire roasted flat bread round. Shiitake bacon crowns the top as a tomato hollandaise flows from above like spilled paint. It's a creamy, light, and airy affair—not in the least heavy, as may be the case with its carnivorous counterpart. 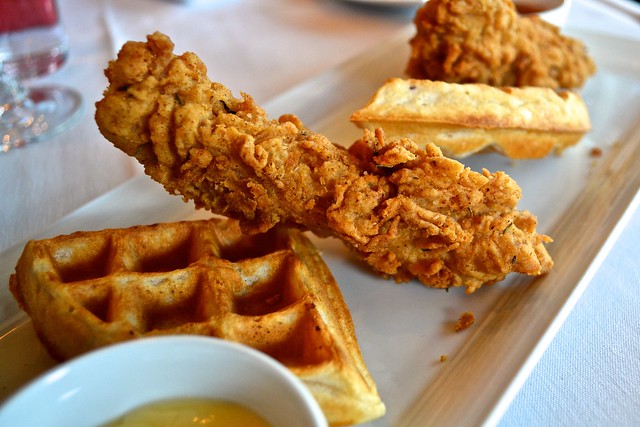 One bite of this Crossroads Chicken & Waffles ($14) fried "chicken"—yep, I am actually making air quotes with my hands as I write this—and you may never go back to real fried chicken again. There is nothing not to like about this fake fried chicken: the crust is crispy and salty, the "white meat" is perfectly moist. In fact, I like it better than real chicken. I could've eaten a bucket of this stuff, instead I opted for a second plate. (But, they really should sell 'em by the bucket!) The waffles, on the other hand, were fairly standard and outshone by its chicken partner. Although when the waffle (or even chicken) was dunked into the warm maple hot sauce, it was made tastier. Finger lickin' and conscience cleanin' good! 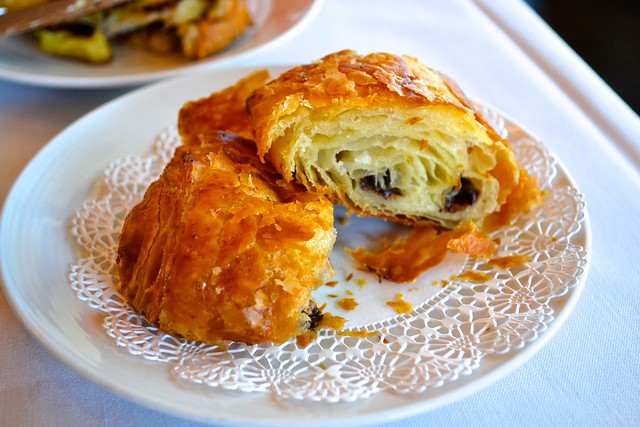 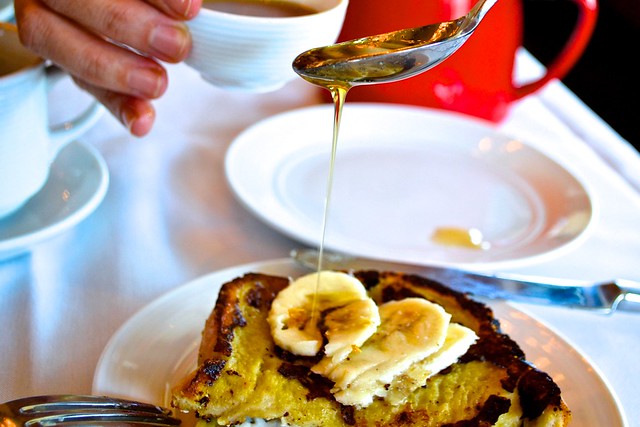 Magnussen also whips up a French Toast ($12) filled with banana slices and sweetened with almond mascarpone as well as Combier maple syrup. The toast is sheathed with a most impressive batter that mimicked egg. It was a satisfying way to end a Sunday brunch, plant-based or otherwise.