On the Road Eats: the Kentucky Hot Brown. Is this Kentucky Classic a Hot Meal or a Hot Mess? 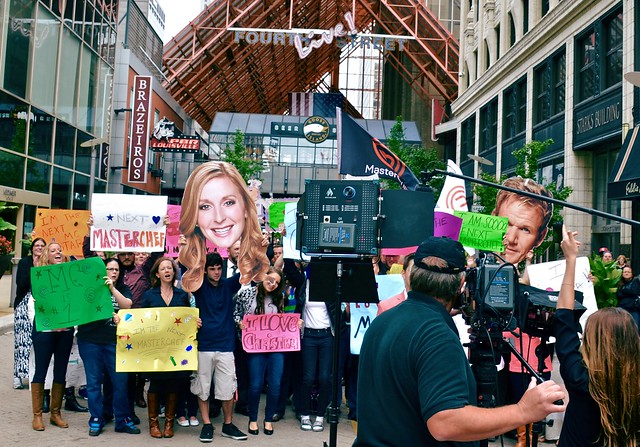 Louisville is all fired up for MasterChef auditions!

I love discovering regional food specialties whenever I travel. So far this year while touring the country as food tasting judge for the MasterChef Season 7 open call auditions, I've visited Detroit, Minneapolis, and San Francisco. While in Detroit and Minneapolis, I savored some local tastiness known as the Coney Island hot dog and Juicy Lucy (or Juicey Lucy), respectively.

However, when in San Francisco, I actually avoided the town's famous fare—like steamed crab and clam chowder in sourdough bowl—partly because I've had them before when I lived in the city many years ago. It was touristy food back then, and it still is now, in my not-so-humble opinion. Instead, I had some interesting Asian grub which I'll be sharing with you in future posts. 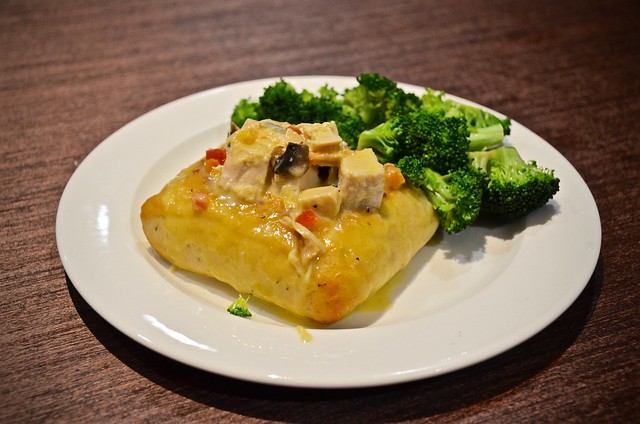 When I was assigned Louisville, Kentucky as my next MasterChef casting city, I looked forward to learn what local dish the city proudly called its own. It turns out the Kentucky Hot Brown was that dish. Created in 1926 at the Brown Hotel in Louisville by chef Fred Schmidt, the Hot Brown is basically an open-faced turkey sandwich; it's also a variation of the Welsh rarebit or rabbit, itself an open-faced sandwich.

As Brown Hotel legend has it, chef Schmidt wanted to offer something for guests who were plumb tuckered out from a long night of dancing at its popular dinner dances, presumably from excessive foxtrotting and doing the Charleston. However, he didn't feel cooking up ham and eggs was special enough, so Schmidt dreamed up something different. Et voilà! The Hot Brown was born.

This Hot Brown open-faced turkey sandwich is distinguished by the base of Texas toast plus toppings of bacon, Mornay sauce, cheese, and tomatoes.

However, I didn't get a chance to eat the original Hot Brown at the Brown Hotel due to my limited time in Louisville. Instead, I sampled the version at the Embassy Suites in downtown Louisville where I was staying. This rendition utilized a thick, crustless, doughy bread that was hallowed out like a soup bowl. Filling the gap was a concoction of cheese, Mornay sauce, bacon pieces, tomato bits, and chunks of turkey breast.

To be totally honest, I wasn't thrilled about trying this Louisville specialty mainly because I'm not into rich sauces smothering other rich ingredients like cheese. It's just way too cloying. The bacon couldn't even save it. This was simply too many assertive flavors and textures served up in a dense, doughy foundation.

I was also not so surprised to learn that the Hot Brown is hardly consumed by the locals, at least not in modern times. Nowadays, it's considered something like tourist fare.

I've always enjoyed a good open-faced turkey sandwich crowned with mashed potatoes and drenched in gravy, but this Hot Brown, in my humble opinion, was just a hot mess.

The original recipe from the Brown Hotel's website is below:

For each Hot Brown, place one slice of toast in an oven safe dish and cover with 7 oz. turkey. Take the two halves of Roma tomato and two toast points and set them alongside the base of turkey and toast. Pour half of the sauce over the dish, completely covering it. Sprinkle with additional cheese. Place entire dish under a broiler until cheese begins to brown and bubble. Remove and cross two pieces of crispy bacon on top. Sprinkle with paprika and parsley and serve immediately.